Audio-guides to Kazbegi region as a tool for local development 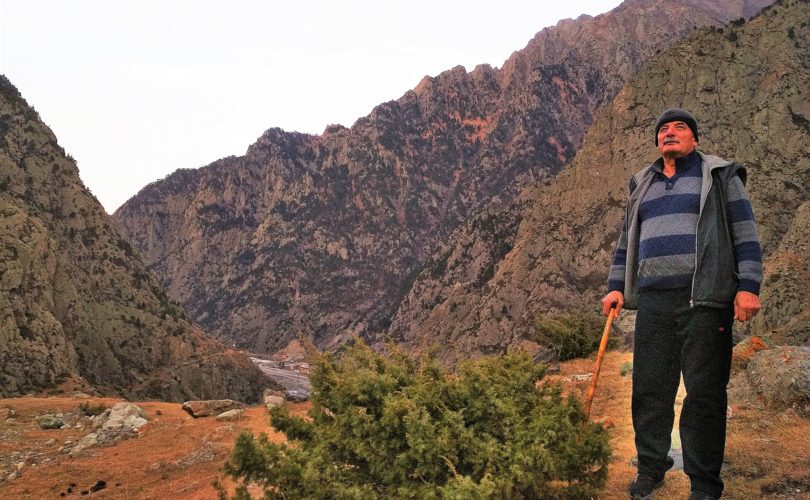 Although the Kazbegi is generally associated with intense tourist traffic and it may seem that the region fairs rather well, the socio-economic situation of its population is rather bleak. Development and tourism concentrate primarily in Stepantsminda and Gergeti, while other localities of the region remain marginalised and cut off from the centre, due to lack of transport connections, while the local population endures harsh living conditions, without access to basic means of supporting their livelihoods. At the same time, the tourists who visit Stepantsminda have relatively limited possibilities of exploring the surrounding areas, and visit only the closest and the best known locations. There is no information regarding tourist attractions located in other parts of the municipality.
The KAZBEGI Local Action Group (KAZBEGI LAG) dedicates its efforts to facilitate a more balanced development of this part of Georgia. One of their primary tools is the distribution of the EU funds within the framework of the ENPARD programme, which is dedicated to the development of agricultural and rural areas. Both in the centre, as well as in the remote localities of the region, competitions for of local residents are held, which allow them to make investments that stimulate the creation of local microenterprises. Numerous micro-entrepreneurs look forward to the development of tourism across the entire region.
The purpose of creating and promoting audio-guides to the attractions and the secrets of the remote corners of the region is to encourage tourists to visit and discover new locations, which in the future may lead to the development of tourism-related services, and thus limit the depopulation of these areas.

The project, carried out in collaboration with KAZBEGI LAG, consisted in creating audio-guides based on local oral histories related to places of interest in the Kazbegi municipality. The aim of creation of the guides and using them to attract tourists is to stimulate tourist traffic in the remote villages of the municipality, which will facilitate a more sustainable development of the entire region in the future (not just the town of Stepantsminda).

As a part of project activities, the KAZBEGI Local Action Group has collected ca. 30 oral histories, out of which 12 were selected. After fact-checking, they became the basis for the audio-guides. The members of the “LGD Stowarzyszenie Korona Północnego Krakowa”, a Local Action Group from Poland, have contributed greatly to the recording of the audio-guides. During their three-day-long expert visit to Kazbegi they shared their experiences and discussed the details related to the process of preparation of the audio-guides with the KAZBEGI LAG. The works resulted in the establishment of 4 routes that include sites related to local histories narrated by the residents of the region. The guides are available in 3 language versions: English, Russian, and Georgian (the latter contains original recordings, some of them in dying local sub-dialects).

The recordings are placed on a Google digital map available at the KAZBEGI LAG website, and will be also accessible through the Kazbegi brand website, as well as a mobile application. The created routes were also placed on paper maps of the municipality, along with a description and a QR code, which enables the tourists to access the webpage containing the guides.

An important aspect of the project was a large-scale information and promotion campaign among tourist service providers, such as drivers and owners of shops, hotels, hostels, etc. Many of these establishments were labelled with QR code stickers, inviting their guests to use the guides.
The project has substantially strengthened the position of the LAG among the local community, building social trust, and solidifying local social relations with the residents of remote localities, who often felt forgotten or marginalised. This project also contributes to local development and sustainable tourism in the Kazbegi region.

The creation of audio-guides is an opportunity to develop tourism and microenterprises in areas other than Stepantsminda.
It should be noted that currently in the towns located along the created routes numerous investments are carried out that are funded within the framework of the European ENPARD programme (KAZBEGI LAG is the operator of this programme). We hope that the guides, as well as the activation of the local community, achieved through the implementation of the project, will facilitate the development of sustainable tourism in the Kazbegi region.