Solidarity Fund > News > Armenia > Armenia. On the Road to an Independent and Transparent Judiciary

We have completed the project in support of the development of a transparent and efficient judiciary in Armenia. Find out how the mechanism for citizen watch of court performance standards works in practice. 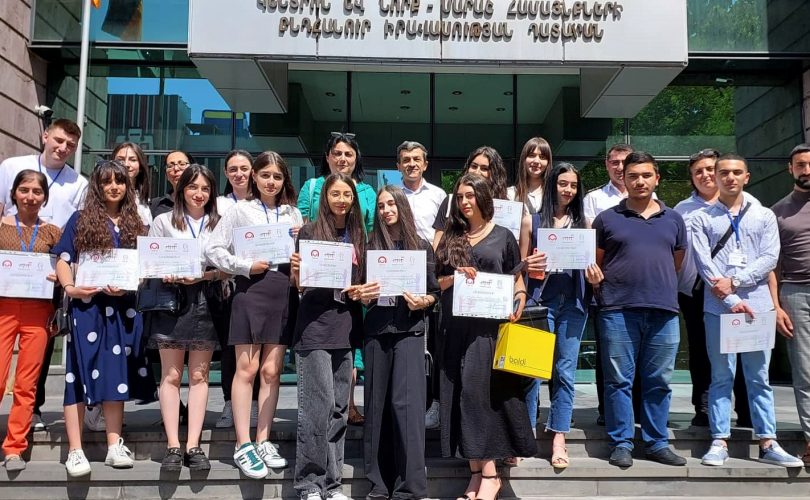 Our efforts to facilitate improvements in how courts in Armenia function started as early as 2021. The people of this country point to the lack of independence and impartiality of their judicial system and poor application of international and national standards within it. The authorities have taken steps to improve this situation and initiated appropriate legislative action. We, in turn, decided to support them with a mechanism for citizen watch of judicial standards – thus the project entitled ‘Trained Young Citizens as Guardians of an Independent and Transparent Judiciary’ was created.

How the changes started

Participants of the 2021 project – a total of 110 committed young volunteers – took part in a training course led by the Helsinki Association for Human Rights (HAHR), which was the Armenian partner of the project. They learnt about methods of monitoring court actions and then carried out monitoring of court hearings under the guidance of specialists. Based on their observations, a report was produced with a long list of recommendations. It has attracted a lot of interest from the public and the state institutions responsible for the way the courts are organised. Information about this project can be found here: Armenia. Youth reform the judiciary – Solidarity Fund PL (solidarityfund.pl).

What’s next? Continuation of activities in 2022

We were wondering how to build on the experience gathered by the participants to date in our future activities, but also how to broaden their scope. Therefore, the next edition of the project (this time under the modified name ‘On the Road to an Independent and Transparent Judiciary’) involved people who had already participated, as well as 19 new volunteers. Monitoring was carried out during court hearings in Yerevan, Giumri and Vanadzor. After the hearings, the observers discussed monitoring issues with the regional coordinators. They also regularly consulted a human rights expert from HAHR to receive guidance relating to, among other things, their rights and obligations. Debates of project participants with judges and other court staff were also held, providing an opportunity to learn more about the problems of the judicial environment. 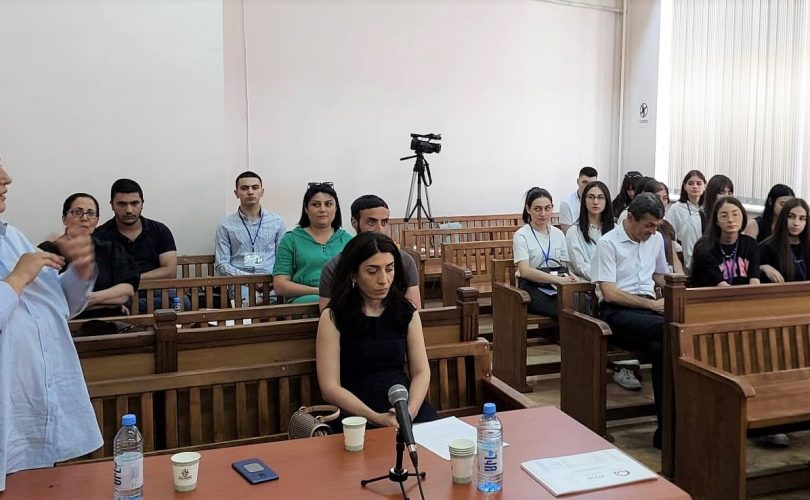 The findings from this year’s project were juxtaposed with those gathered previously. This made it possible to see to what extent the recommendations made so far had been taken into account and to formulate further suggestions for change. We were also keen to improve the mechanism for monitoring court hearings, as well as to establish a dialogue with representatives of the judiciary.

We know very well that reforming the judiciary is not only about introducing new solutions and legal regulations, but also about changing the awareness of those who are part of it – representatives of judicial institutions and those who use the system – the citizens.

Participants in our project developed legal knowledge and skills in monitoring the work of the courts. They are able to spot problems in the judicial system, even subtle ones like attitude, behavior, the way its representatives speak or dress. Many aspects of the functioning of courts and conduct of hearings have also improved – for example, case files are no longer widely available in corridors while hearings are ongoing, and court officers have started to wear uniforms. Judges are more open to the presence of observers at hearings, and other court staff are more cooperative and willing to help citizens. 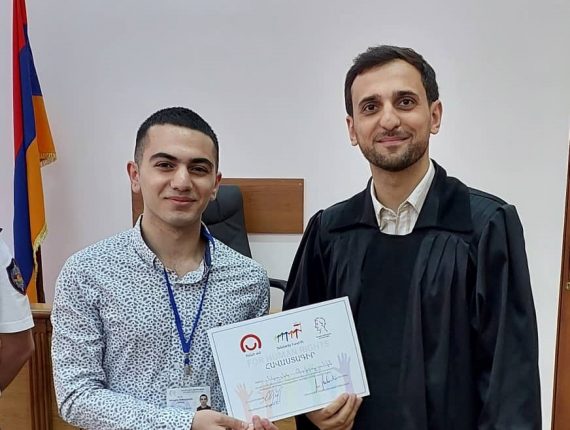 The project ‘On the Road to an Independent and Transparent Judiciary’ was implemented by Solidarity Fund PL and the Helsinki Association for Human Rights in Armenia from April to the end of July this year and co-financed by the Ministry of Foreign Affairs of the Republic of Poland as part of Poland’s development cooperation. A total of 53 people took part in it.