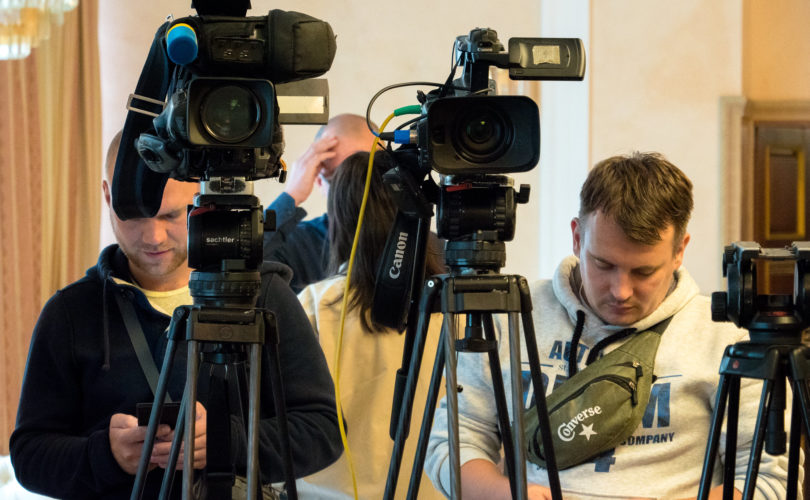 In spite of high support for the EU and European integration among the Ukrainian society, the knowledge on the EU and the on benefits of collaboration with Union is not common. One of the causes is the lack of information on the process taking place between the EU and Ukraine, especially regarding the implementation of the Ukraine-EU Association Agreement, its link with the modernisation of Ukraine, and the changes it implies for average citizens.

The project “Regional Media as an Activator for European Integration in Ukraine” followed up on and extended the actions carried out by the Solidarity Fund PL in collaboration with Ukrainian partners under the project titled “Objective image of the processes related to the Association Agreement between Ukraine and the European Union in Ukrainian media”*.

The goal of the project was to engage regional and local media in activities aimed at informing the public opinion on the process linked to the European integration and their impact for the country and particular regions.

• Cherkasy (May 2019)—an event dedicated to ecology and collaboration between different local milieus titled “European Standards for Bicycle Traffic in Cherkasy. How to meet them?” (a round table, a bicycle race, and an awards ceremony that concluded the competition for the best short film to promote ecological lifestyle).

• Kropyvnytskyi (May-June 2019)—events within the framework of the “Ukraine in Europe” initiative, titled “Why Kropyvnytskyi Should Become a European Green City” (a round table, a master class for teachers dedicated to developing techniques and skills related to the production of animated shorts on environmental issues). Being one of the highest in Ukraine, air pollution is a highly pressing issue in Kropyvnytskyi. After the round table, city authorities have introduced a ban on cutting trees without specific authorisation and established a permanent platform for environmental issues consultations with civic organisations.

• Vinnytsia (July 2019)—an event dedicated to environment protection: “Vinnytsia: ‘yes’ to clean environment, ‘no’ to plastic” (a round table, an awards ceremony for children involved in the project). Also, a joint Memorandum was prepared, promoting environmental action and the use of non-plastic packagings. Children from a boarding school prepared textile bags which they handed out, along with leaflets advertising ‘green’ packagings, to clients at the local “Warszawa” supermarket chain, which supported the project.

• In Ternopil (July 2019)—events within the framework of the “Ukraine in Europe” initiative titled “How to Manage the Area of Ternopil Lake and Castle Using European Models?” (specialists’ debate, “Lake Day”, a major, all-city event, drawing competitions for children on how they would like to have the lake and the adjacent area arranged).

• Zaporizhia (September 2019)—round table on “City Community in Support of Green, European Zaporizhia”. A public action of planting greenery was organised at a city square that used to be a park where, against the will of the city’s residents, most of the trees had been cut and the greenery destroyed. “Mig”, a local newspaper, handed out special awards to the most active residents and activists.

• Mariupol (September 2019)—events as part of the project titled “How to Shift From Concentrating on Problems to Creating Opportunities for the City?” (a round table, an exhibition of works dedicated to socio-political issues, a meeting with journalists from other media outlets).

• Ivano-Frankivsk (October 2019)—a round table on matters related to the activities of two prominent initiatives that originated in the city: “Teplemisto” and “Urban space”. The “Teplemisto” platform serves as a nexus for various civic milieus and businesses that work for the development of the city. It also successfully collaborates with city authorities.

* “An objective picture of the processes related to the Association Agreement between Ukraine and the European Union in Ukrainian media” is a project realised by the Foundation between September 2015 and March 2019. Its primary objective was to increase the level of knowledge and professionalism of Ukrainan regional media in regards to the implementation of the provisions of the Association Agreement between Ukraine and the EU, as well as to raise awareness of Ukrainan society on the obligations arising from the association.