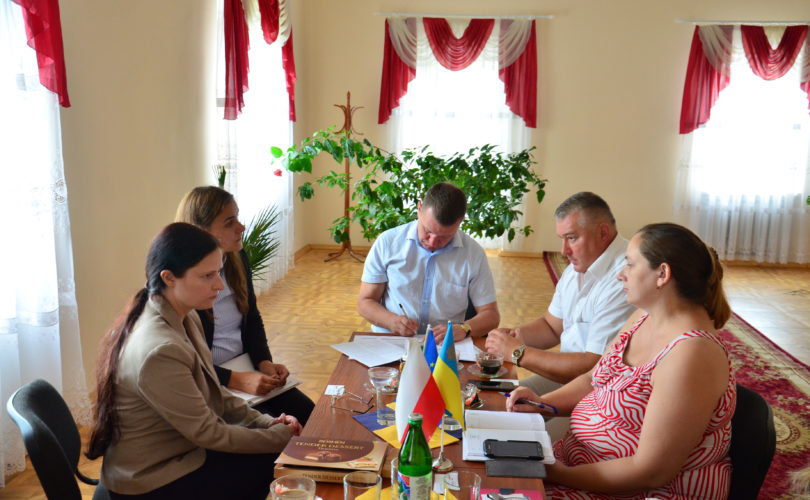 Ministry of Foreign Affairs of the Republic of Poland

In relation to the legal changes introduced in Ukraine (the law “On municipal waste”) on the 1st of January 2018 the storage of mixed municipal waste was prohibited and sorting became mandatory . Moreover, the Law on local governments of Ukraine (Article 30) regulates the competences of urban authorities in regards to the municipal and housing policy, and in particular the obligation to solve the issues related to collection, transport, disposal, and removal of municipal waste. At the moment, due to insufficient financial and technical means, Rudki Amalgamated Territorial Hromada does not have a developed waste sorting system. The local self-government owns only a vehicle for collection of municipal waste, purchased in late 2017, that is transferred to the Rudki Department of Municipal and Housing Management. Although the Department was selected as the operator of the collection and disposal of municipal waste within the territory of the hromada in a competition, in the face of scarce technical resources, the sorting is carried out only in a limited degree and in the newly attached villages of the hromada, it is practically inexistent.

The aim of the Solidarity Fund PL project was to support the Rudki Amalgamated Territorial Hromada in the Lviv Oblast (Sambor Raion) in its efforts for the enhancement of the environment. The project consisted of two modules: information and investments. Information module included 8 meetings, which gathered 338 persons, as well as the printing of 1000 “Environmental protection in Rudki Amalgamated Territorial Hromada: sort your waste” booklets that were circulated among the participants of the training, in schools, and the City Hall. Also, a contest for children titled “Sort the waste and live with no waste” was organised. The practical aspect of the project covered investments such as the purchasing and placing 18 bin shelters in public spaces, with a total of 78 containers for sorted waste (paper, plastic, glass, mixed waste), and 90 bins distributed around the territory of the hromada.