Our energy: A self-sufficient, energetic hromada

Solidarity Fund > Where we work > Ukraine > Our energy: A self-sufficient, energetic hromada 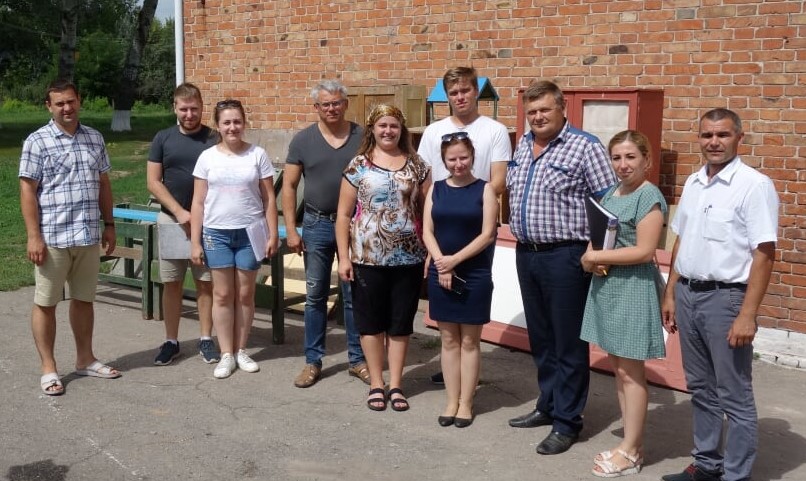 According to the data of the International Energy Agency the level of energy intensity Ukrainian GDP is almost twice as high in case of Poland. In the years 2014-2017 Ukraine has significantly reduced its consumption of energy resources. The main factors include the economic crisis, the annexation of Crimea, and the war in Donbas. Simultaneously, in the light of dire financial and social situation, the energy consumers became more rational in their use of energy. The key impulse for this change was the growth of the prices of all types of energy. Although the membership in the Energy Community has imposed the adoption of recommended legislative changes, they have not been implemented until after the Euromaidan Revolution. The new regulations, which include i.a. the Law on thermal upgrading of public institutions’ buildings in Ukraine, and the Law on alignment of Ukrainian law with the statute of the International Renewable Energy Agency, constitute a good basis, they themselves are insufficient to stimulate the activity of the newly elected authorities of the amalgamated hromadas.
While designing their low-carbon economy plans, Polish gminas have been carrying out energy audits of their territories (i.a. municipal housing), offering incentives for creating local dispersed energy sources, and promoting the use of local renewable energy sources in order to achieve energy self-sufficiency and encourage energy saving among the consumers. Additionally, Polish entrepreneurs from the SME sector created numerous unique technologies, which found application in the gminas.
Four amalgamated hromadas from the Kharkiv Oblast were selected for the project since, according to the data of the register of international technical assistance projects, they were outside the energy-efficiency priorities of other donors. Additionally, Kharkiv Oblast is well connected both with Kyiv and with abroad (direct flights to Poland), has a relatively good road network and economic indices above the national average, especially in regards to industrial production. Currently, thanks to an International Monetary Fund loan and the funds from E5P, EBRD, as well as other projects, financing is available for the implementation of the solutions developed in the project.

The aim of the project was to improve energy efficiency of the Ukrainian amalgamated hromadas through energy efficient investments based on the findings of energy audits. A competition selected five Kharkiv Oblast hromadas where energy audits were conducted by Polish and Ukrainian experts. Prior to the audits, the buildings managed by the hromadas were inspected by experts during special visits (in regards to technical condition, operating costs, etc.). Later, with the support of a Ukrainian expert, the experts from the National Energy Conservation Agency prepared reports on energy analyses of the hromadas, along with recommendations for improvements of the energy efficiency. The representatives of the hromadas also participated in a study visit to Poland (Mazovian Voivodeship) to learn about the experiences of Polish self-governments in improving the management of energy and implementing the RES*. Additionally, training and workshops for the representatives of hromadas were organised in Kharkiv, dedicated to such issues as energy-efficiency and raising funds for investments related to audit recommendations.

The conclusions and experiences of the project were discussed during public debates at, i.a. the 3rd Polish-Ukrainian forum on Local Self-Government in Kharkiv, and the Europe-Ukraine forum in Rzeszów. Also a project website was created at www.nasza-energia.org.

Information on the project