Voluntary Fire Service as a Form of Temporary Crisis Response 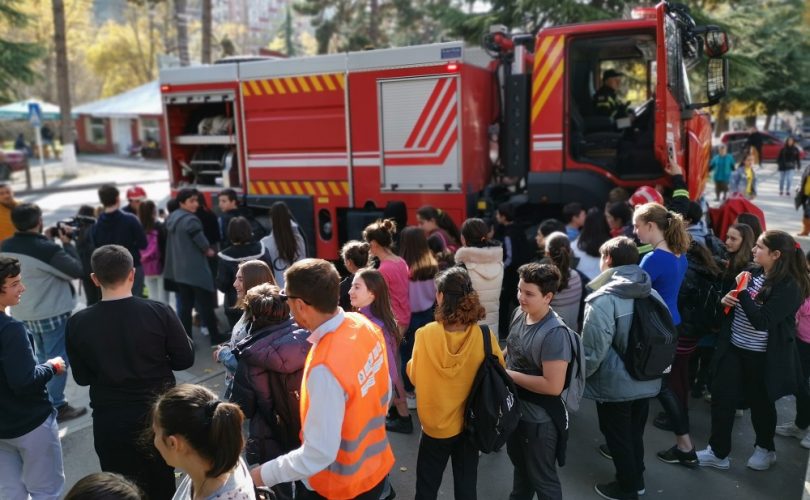 In the light of the signing (2014) and the ratification (2016) of the Association Agreement with the European Union, Georgia has entered the path of large-scale reforms leading towards gradual integration of selected affairs with the EU. The reform plan does not, however, cover the crisis management system, which is facing underinvestment and struggling with a series of issues, such as:
• lack of equipment in buildings (fire extinguishers, smoke detectors, fire alarms);
• lack of fire protection infrastructures (emergency exits, fire escape stairs, escape routes markings);
• lack of efficient evacuation procedures (difficulties in responding to fires, high number of casualties).
The project “Voluntary Fire Service as a Form of Temporary Crisis Response” follows up on the efforts of Solidarity Fund PL, carried out in the Borjomi municipality, that were dedicated to the strengthening of local communities’ capacities of responding to crisis situations.

Project activities covered the development and implementation of a three-module fire protection training process in Borjomi, classes on safety given by qualified volunteers in schools and kindergartens, as well as a study visit to Poland to present the Polish model of Voluntary Fire Service.

The project involved initiating collaboration with one Georgian and four Polish experts on fire protection and stress management, purchasing and delivering a basic, portable quick crisis response kit, as well as developing scenarios for classes on fire protection.
A group of 10 volunteers who participated most actively in project activities in Borjomi, along with the representatives of the Borjomi Municipality Self-government and the Emergency Management Agency (a total of 12 persons) took part in a study visit to Poland. The goal of the visit was to showcase the best practices and the systemic context for the functioning of the Voluntary Fire Service in Poland. The solutions used in Poland were presented both on the central (a visit, to the National Executive Council of the Polish Voluntary Fire Service) and the regional levels (visits to Voluntary Fire Service fire stations in Nałęczów, Żabia Wola, and Ożarów Mazowiecki). The best practices of Polish Voluntary Fire Service covered the principles of functioning of the 112 Emergency Call Centre, fire protection education at the “Bezpieczny Dom” (“Safe Home”) workshop, fire protection system in the Kampinos National Park, methods of outdoor (forest) search for missing persons, as well as rescue trainings for children and young people carried out by volunteer firefighters. The purpose of highlighting such wide array of Voluntary Fire Service’s activities in Poland, was to spark discussion on the possible use of similar solutions in Georgia.
Project outcomes:

Inspired by Polish experience, the volunteers intend to set up young volunteer groups in schools.