“Just saying that you are a champion, that you have medals, is not enough. A champion is duty bound to raise other generations”, said Igor Mocanu at the formal opening of “Raising Champions in the Village” Taekwondo Sports Club in the village of Zubrești. The Taekwondo Sports Club is one of six projects funded by the Lunca Bîcului Local Action Group within the Rural Development Fund, edition 2.0.

Igor Mocanu is a Moldovan athlete, who has achieved outstanding results in national and European Taekwondo competitions thgoughout his sporting career. He always wanted to share his knowledge with new generations and to make a positive contribution by his sports activities. This motivated him to become a martial arts coach in his native place, village of Zubrești, Strășeni district. “While doing my job, at some point I found myself a parent, teacher, psychologist and close friend for the young people whom I was training. They come from families of different social strata and the education of some of them is poor. Coming to training, they understand that here we have certain rules and they learn good manners, they respect each other, they do not discriminate by sex, age or social background”. 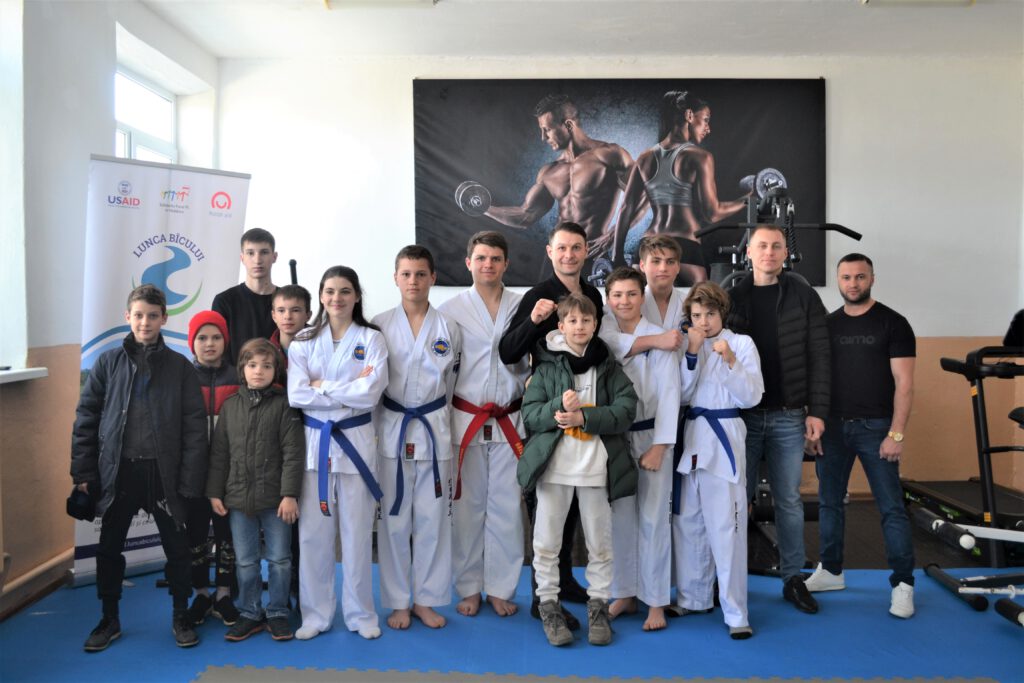 Young people from the village of Zubrești – future Taekwondo champions

During his work as a teacher, Igor Mocanu and his team of trainees participated in several championships. He remembers with pride how after the young people had participated in the championship for the first time, he returned to the village with an armload of medals. Of the 23 young people who participated in the competition, 17 of them were awarded a medal. Participating in municipal and national competitions, Igor noticed that other teams’ youngsters were much more physically prepared and it was difficult to compete with them: “Talking to the coaches of those teams, I found out that they had a gym with high-performance equipment. Apart from acrobatic exercises, they often go to the gym and improve physical performance. That’s when I understood that in order to keep up with them, we also needed a gym.”

For some time, Igor Mocanu lived abroad. Returning home, he was always involved in community activities. Working closely with the mayor’s office, he learned about the Lunca Bîcului Local Action Groups and how they supported the implementation of local projects. That’s where he got the idea to use the LAG support in order to open a gym for the Raising Champions in the Village Taekwondo Sports Club. The project concept was selected, and Igor’s desire for at least one of his trainees to obtain a black belt motivated him to work hard on the project.

Igor was going to go abroad, but when he found out the results, he decided that it was more important to stay in the country to implement the project: “This is not about me, but about the whole community of Zubrești or even other neighboring villages, because there is no gym nearby. During the pandemic we were all limited in our travels, but previously there were many people who attended our taekwondo lessons. I felt compelled to stay at home, even if I was sometimes a bit scolded by my family for doing too much volunteer work.” 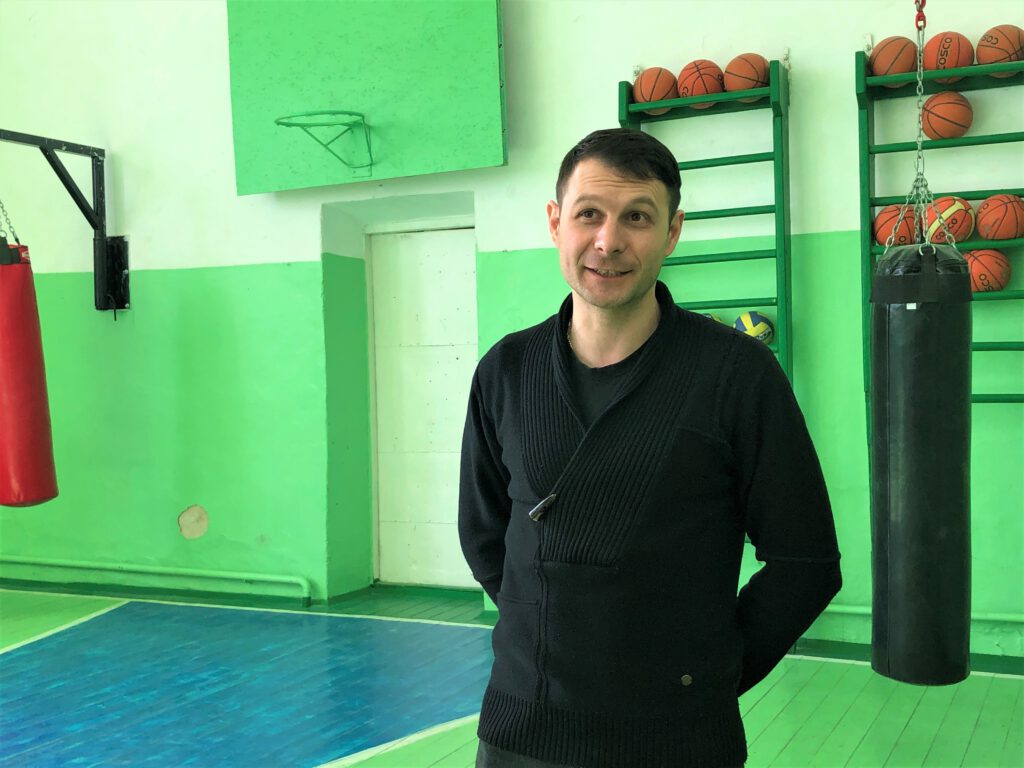 Involvement of LAGs in the implementation of projects in rural areas

Cristina Grițcu, Manager of the Lunca Bîcului LAG, considers it very welcome that a gym has been opened in the village: “There used to be an art school in the village, but it closed. Indeed, Zubrești has a large number of residents and students. Young people from neighboring villages also come here to study. It is good that this gym has been opened, so that young people do not have to travel so long to Strășeni to be able to go in for sports”, said the LAG manager.

The LEADER approach is implemented through LAGs, which include representatives from 3 sectors: civic, business and public. LAGs encourage rural areas to find new ways to become or remain competitive, to make use of their assets to the fullest. To ensure successful implementation of projects, the LAG members go to each locality and tell people about the period when the call is made,  about the benefits for applying for LAG funding of a project and the paperwork required and they provide guidance when people have questions. “Very often when there are proposals to apply for a project, people post the documents on the website and that’s it. But when you go to the locality and explain it to them, it is much easier for them to understand the information and apply. We help them with the documents, explain the requirements and how to formulate the information correctly”, said Cristina.

Among those present at the opening of the Sports Club were parents of the young athletes. Natalia Hojmic’s child is 7 years old, his name is David and he is passionate about taekwondo: “At the beginning it was hard for him and he said he couldn’t go to trainings anymore. But after a while he couldn’t wait to get to sports class”, said David’s mother. Natalia considers it important for young people in any locality to have more opportunities for development. “I want and hope that they will continue playing sports. I look at other boys and when I see their strength and enthusiasm, I am happy. My boy is too sensitive like me and sport will give him both physical and mental strength”, added Natalia.

By implementing various projects, which will lead to the activation and mobilization of local resources, the quality of life in rural areas will be improved. The LEADER approach can bring significant changes to the daily lives of people in rural areas, while encouraging them to develop their civic spirit.

The LEADER-EU 2.0 Rural Development Fund is implemented under the Moldova Rural LEADER Project funded by the United States Agency for International Development – USAID and the Ministry of Foreign Affairs of the Republic of Poland as part of the Development Cooperation Programme – Polish Aid. The project is implemented by Solidarity Fund PL in Moldova in partnership with the National LEADER Network and in close cooperation with the Ministry of Agriculture and Food Industry.